Husqvarna is one if not the most experienced manufacturers of robotic lawnmowers. On the other hand, an Automower can also cost you about as much as a good used car.

The Automower 315X is one of the cheapest models from Husqvarna’s fleet. Yet it has some great features like area coverage up to 1600m², 22° gradient, integrated smartphone control, GPS etc.

But of course, you do still need to pay for it! Especially when you look at the competition from Gardena and Co, which sometimes only cost half as much.

The Husqvarna Automower 315X must be good to justify this high price. Let’s see if it lives up to the hype.

Design of the Husqvarna Automower 315X

With dimensions of 63 x 51 x 25 cm, the Husqvarna Automower 315X is a somewhat larger chunk of robotic lawn mowers. This is not surprising, after all, it should manage up to 1600m² and 22° gradient.

Husqvarna uses a four-wheel body. On the front, there are two independently movable wheels, while the rear wheels are motorized. The latter also have a somewhat more pronounced profile, which should allow good off-road mobility.

When it comes to design, Husqvarna clearly draws some inspiration from utility cars. To match, the 315X also has headlights!

Basically, I think the 315X does a good job! However, there is also a design decision that I absolutely cannot understand.

Husqvarna uses a mixture of matt plastic and black high-gloss elements on the top of the Automower 315X.

High-gloss plastic is at the top of the list of materials that I would never use for a robotic lawnmower! If you have bushes under which the robot can drive, the high-gloss material will end up scratched and will look worn in its first run around the garden! You could trim all this back but that does add a bit of work.

After only two days my 315X was completely scratched. After all, Husqvarna does offer top cover replacements, but this seems a bit like they did it on purpose. Alternatively, you can cover it with something or just leave it to get a bit scuffed.

The 315X is operated via a small control panel on the top. This is hidden under a small flap that opens when the large stop button is pressed.

The control panel has various keys including a number field for convenient entry of the PIN and a comparatively large. The menu navigation can take some patience but is basically well done.

The Automower 315X is charged via two contacts on the front, which establish a connection on the charging station with suitable contacts.

Cut performance of the Automower 315X

A very important point is the behavior of the mower. With the Husqvarna Automower 315X, we have a lot to discuss.

This principle has various advantages and disadvantages. Robotic lawnmowers are usually quite blind. Apart from the sensors for the boundary cords, they have no idea where they are or what the garden looks like. Therefore, a random back and forth is the easiest way to reach all areas.

With enough time, such a robotic lawnmower will theoretically run over every spot once. And yes, this usually works quite well!

This random principle is somewhat refined in the Automower 315X. Thanks to GPS, the robotic lawnmower has a rough idea of ​​what area it is in and adjusts its pattern accordingly.

The Automower 315X thus makes sure that all areas receive approximately the same amount of effort. In practice, you notice that the robot really does not work entirely by accident, but really tries to process all areas evenly. But in my experience, it doesn’t always succeed 100%.

I could imagine that if your property is located at the upper end of the 1600m², this extended navigation will be useful. Alternatively, you can also subdivide your property manually into 3 zones, with the guidewire, but not via GPS!

Another feature not all robotic lawnmowers offer is reporting of the lawn height. If the Automower 315X detects unusually high turf, it turns up the power a bit and changes its driving pattern.

The point with the high lawn is targeted several times, with a slightly offset lane. So, if you have a clump of grass somewhere that grows faster than the rest, the Automower 315X will attack that area more often.

The Automower 315X is slightly larger than the average robotic lawnmower. This can easily cope with narrow passages, but if you have a bench or similar on the lawn, the smaller Gardena can avoid these obstacles more elegantly.

However, the Automower 315X is anything but rough! For example, this brakes slightly in front of a boundary wire, which the Gardena models do not.

In contrast to the models from Robomow, the Automower 315X has a bumper. If the mower encounters an obstacle that is not delimited by the boundary wire, it touches it lightly and then turns away.

The emphasis is on light! Larger flowerpots, garden furniture, trees / thicker shrubs etc. do not necessarily have to be shielded with the boundary wire.

If you want to you can also easily replace the bumper or the entire top cover of the Automower 315X. The spare part in various colors (white, black, or orange) are available from Husqvarna.

At first, I was a little confused or even worried about the Automower 315X because it had problems finding its way back to its station.

At first, it drove around the station somewhat helplessly. However, this is a feature!

The Automower 315X has three ways to find its charging station.

The Automower 315X always tries to find the station using the radio signal, which roughly works. However, I have a small garage for the mower, which completely confused it.

If this method is unsuccessful, the mower will search for the guideline after 3 minutes and follow it. If the mower does not find the guide cord after 10 minutes, it follows an external boundary cable.

Why these different methods? If the mower only follows the guideline, streaks may appear in the lawn at these points, Husqvarna says.

Conclusion: Is it worth buying the Automower 315X?

Husqvarna is rightly considered the market leader for robotic lawnmowers!

I did not notice any defects or serious weaknesses, which no robotic lawnmower has been able to do so far.

Basically, the Automower 315X works very reliably and precisely. Like most models on the market, that use random navigation. However, thanks to GPS, lawn height sensing, and other features this has been a great model to use.

In practice, the Automower 315X manages the entire garden very well, even if it is a bit more complex. Husqvarna could certainly expand the GPS control a bit, with areas that can be set manually in the app, but also as it is, the 315X does a very good job. Better than any other robotic lawnmower we have tested.

A great strength of the Automower 315X is the maneuverability and good grip of the wheels. Husqvarna speaks of a 40% gradient, which the 315X should manage without any problems. Even smaller slopes that cause problems for other robotic lawnmowers the 315X had no problems with. Nevertheless, one must of course say that embankments or other steep slopes are a bit too much for the 315X.

In general, I would rate the 315X very good with off-road capability, even in more complex gardens.

The mowing performance and quality of the cut is on the level of most good robotic mowers. Husqvarna also uses very small but very sharp blades with a high rotation speed. This is slightly higher than many cheaper models, which in practice ensures a slightly cleaner cut.

I think one of the biggest advantages of a robotic lawnmower is the mulching feature. The clippings just disappear into the lawn and you don’t have tons of garbage! This also means you need less fertilizer.

The control from the mobile app also works very well. Visually, the Husqvarna app is a little weaker than the sister company Gardena, but functionally I have no complaints. The direct connection to the mobile network is great! So, you don’t have to set up Wi-Fi in the garden.

In short, I am very satisfied with the Husqvarna Automower 315X! Only the price keeps me from recommending this device to anyone.

For many, one of the Gardena models, which are like a slimmed-down Automower, will probably be enough and save some money.

But if you want the Porsche among the robotic lawnmowers, which has some advantages in the details (setting options, GPS, off-road capability, etc.), then you will have to spend the money on the premium option. You will definitely not regret buying the Automower 315X! Husqvarna Automower 315X 8.2 Build Quality 9.0/10 Sound Level 9.0/10 Features 8.0/10 Functionality 9.0/10 Cost 6.0/10 Pros Feature Ritch Mobile Network connection so no need for Wifi Quiet so it can run while you sleep Cons Limited slope capacity Expensive Buy Now on Amazon While the Automower 435X is very similar to other models of… 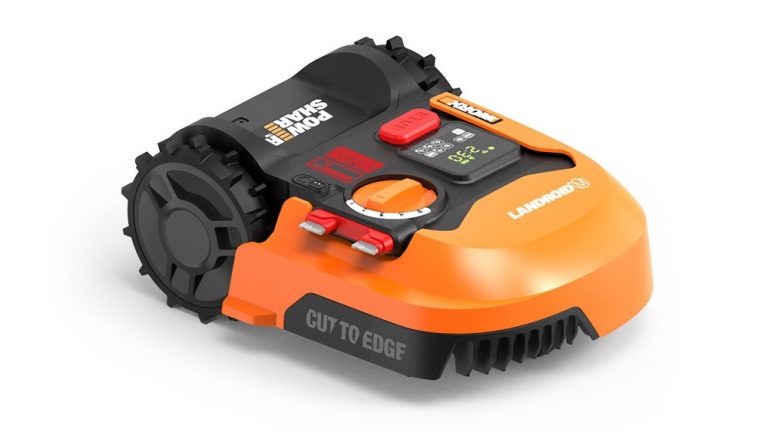